So today the weather was finally good enough to leave and so I did. And it looks good for the next couple of days as well.
Just a straightforward day of highway riding. Nothing exciting at all so nothing to report on really.

On my first so for petrol which was in Huntley I met two guys who were also travelling to the south island on their bikes. They were following highway 1 and probably staying the night in Taupo. It was a short chat at the petrol station.

Next stop was a quick coffee stop in a place I can’t remember, about 80km’s short of Taumaranui. 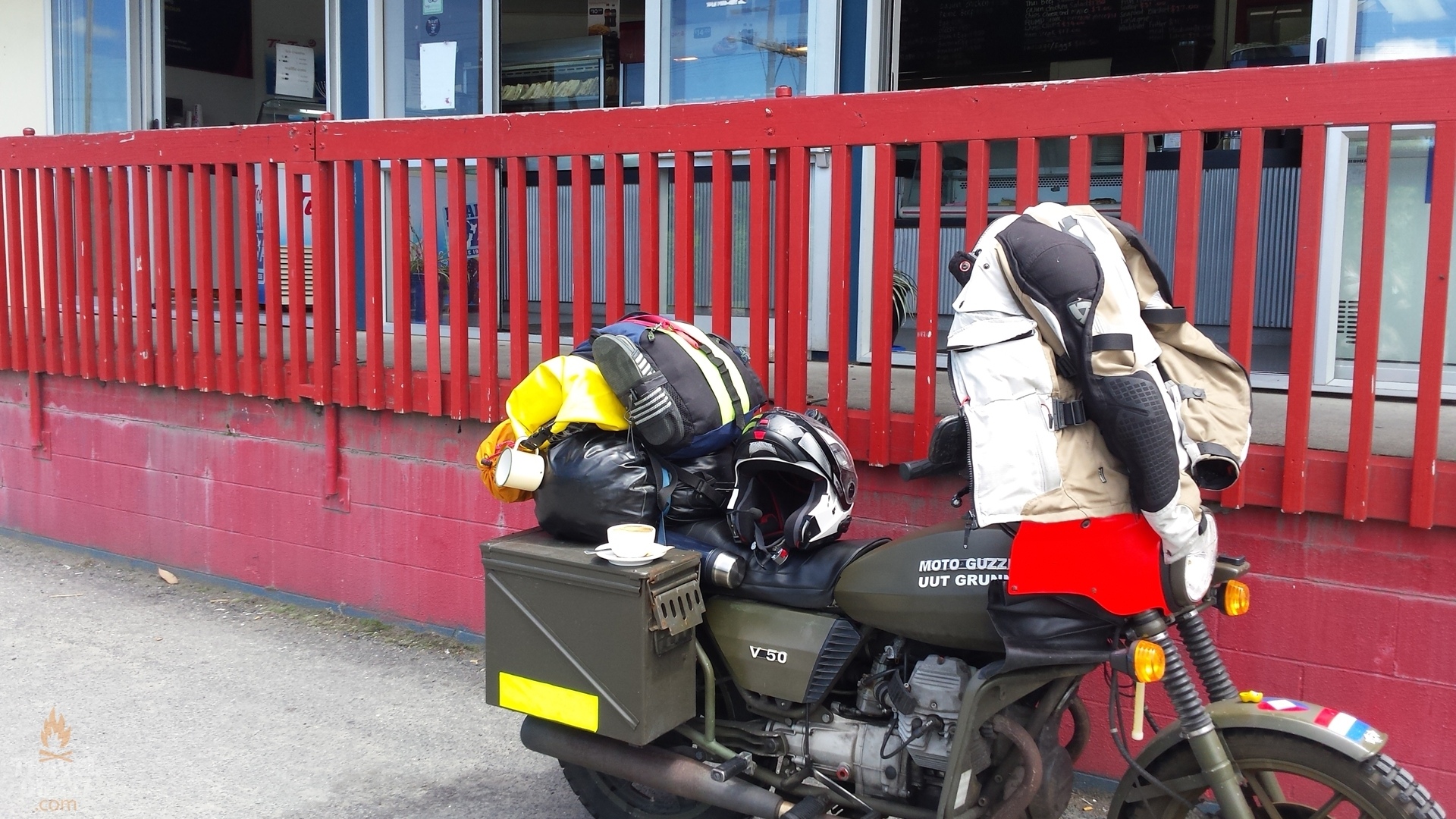 Stayed the night @ Taumaranui holiday park. Nice little place and it seems to have everything you need. The owner is a very polite and nice guy from England.

Once again my bike grabbed the attention of a Dutch couple. Had a nice chat about random stuff before I went on and pitched my tent.

Shortly after, another guy rocked up on a drz400. Naturally you walk over and have a chat with a fellow motorcyclist. He was out and about with his wife and 5 mini poodles. Camper with a place to put his bike on the back. Ended up having a beer O.o and exchanging stories. Got some nice road tips as well for the south island so it’s bound to get pretty.

During our chat 5 more bikers arrived so naturally we went and have a look. Group of Harleys and two cars, interesting folk… that was our conclusion after we tried to have a conversation.

Mweh… today was nothing out of the ordinary. Forgotten world highway tomorrow!!! 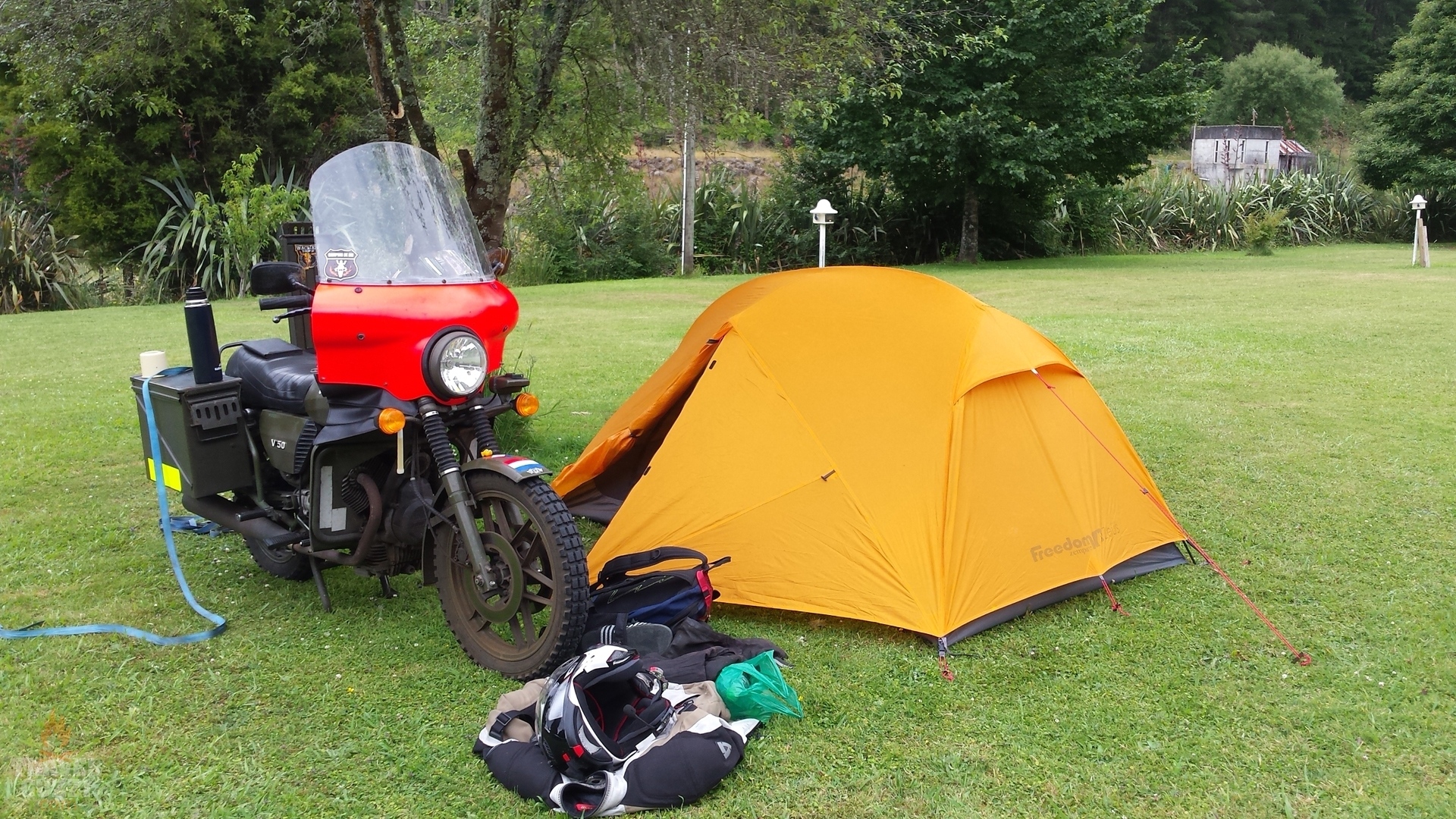 P.s. Hardly any real sun today, yet I got sunburned -_-