Since the Kayaking the earth has rotated about 44 times, I have ridden about 5928 kilometers and went up to an elevation of 1746 meters. In that time I had to mend my bike, met awesome people, got to talk Dutch way to often, did some hitchhiking enjoyed scenery, dropped my bike, lost 2 bolts and got myself a tattoo.

In short it’s been epic!

After the Kayak trip I took the Motueka valley road towards highway 6 and then onto Westport and down to lake Mahinapua for the night with a breakfast stop in Muchinson. While eating my breakfast Jeff drove past in his fake Shelby Cobra and when I went for fuel to continue on, what’s his name was there as well in his 69 Mustang. Both Guys I met at the campsite in Takaka. 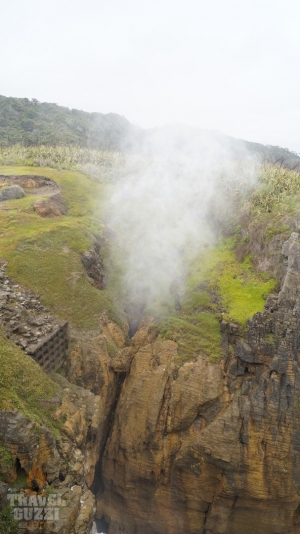 On the way there I stopped in Punakaiki for the blowholes and the pancake rocks which were epic. The moment I got a view of the West Coast the waves were hammering it. One of the most epic views I’ve ever seen. As a result of those waves, the blowholes at Punakaiki were doing their utmost best to impress people.

Next day from lake Mahinapua to Kidds Bush campsite at lake Hawea going through the Haast pass. Doing the entire West Coast in 2 days due to the weather forecast. One of the best sealed roads I’ve encountered in NZ are those on the West Coast. Nice corners, epic views, nice speed if you manage to evade the cars. 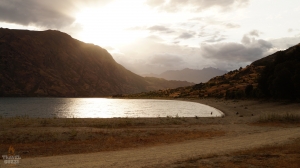 Initially I wanted to stay at the lake Wanaka Doc campsite, but it was way to windy. Happy that happened because the Kidds Bush one was absolutely amazing!

From Hawea to Queenstown my the little V50 was making some weird noises every now and then straight from the start. As if the centre stand was slamming into the ground.

In Wanaka where I stopped to have a closer inspection, I got a Moi! A guy from Tjuchem who noticed the “uut Grunn” and couldn’t believe his eyes. It’s a good bike to meet people! Makes it more difficult to continue on travelling though.

Arriving in Queenstown ment having a little bit of food and getting out ASAP. Way to crowded to I ended up staying in Arrowtown where I spotted the Beemers the Ozzy guys use that I also met up in Nelson. Tiny world this New Zealand place. 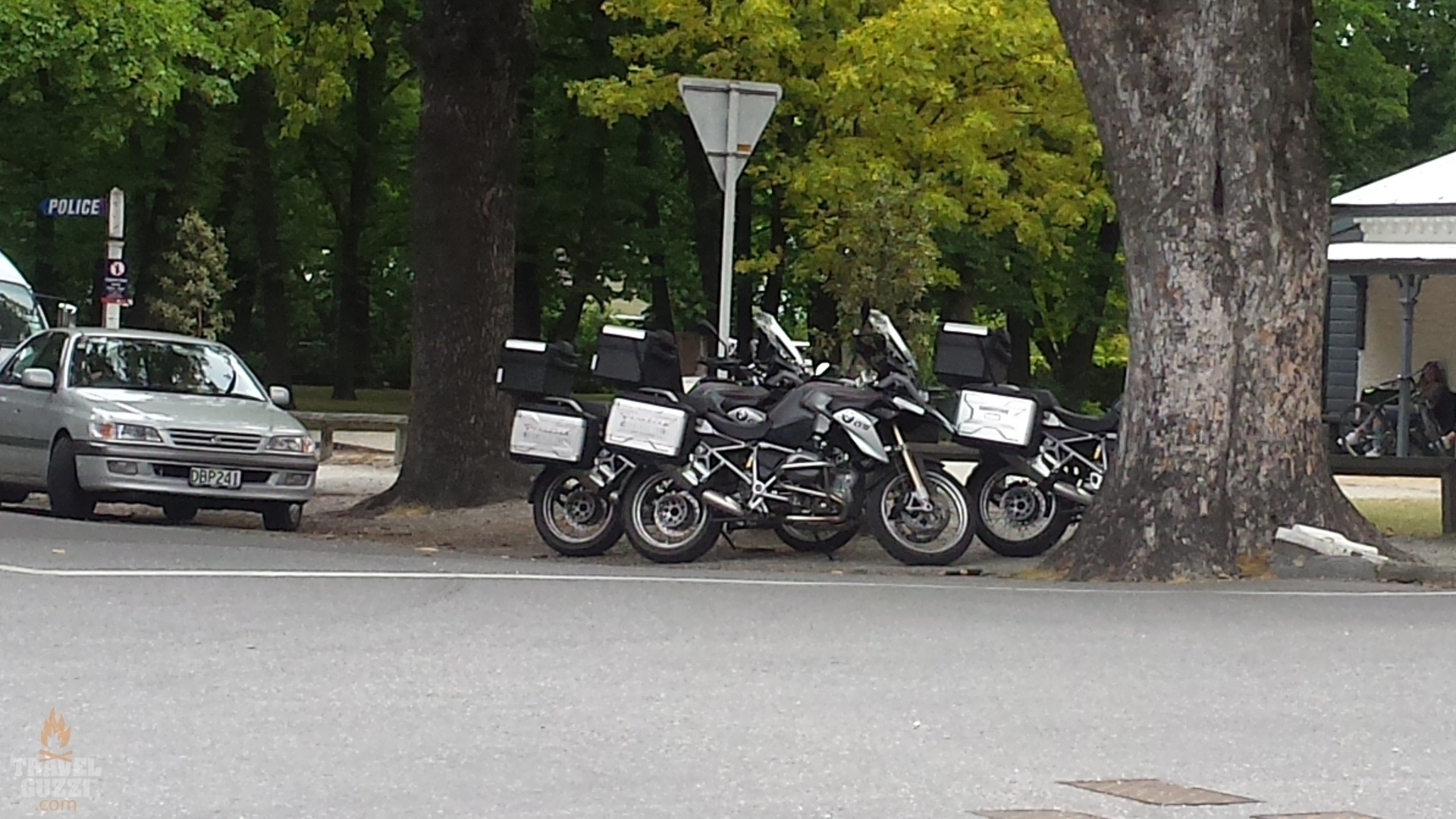 Shotover Jet is so far my first and only Jet boating experience, and fuck it was good. Bit expensive for the 25 minutes but, blasting through a canyon inches away from the walls is pretty impressive. And since Sven told me to go do Paradise instead of going to Te Anau I had to go through Queenstown once again. This time however I pitched my tent in Glenorchy before I headed out to Paradise. (Overdue update 2 is on the way)